Next time you’re at a party when a popular song comes on, look around the room–are people tapping their toes, bobbing their heads, or rocking out to the beat? Look closer: they might also be rewiring their brains!

Good music is a brain workout because the beat is both regular and unpredictable. As you listen to a song, the brain employs top-down processes to predict what will happen next. When the unexpected happens, your bottom-up brain processes react to the new stimuli and trigger a quick recalibration of expectations. This cycle of learning repeats and repeats, and your brain changes its patterns of electrical activity to learn the beat—which acts like a natural form of neurofeedback.

For some people, finding the rhythm is harder than others. In 2018 an NIH-funded review published in Frontiers in Computational Neuroscience, auditory researcher Dr. Jessica Slater outlines how people with ADHD may have more difficulty with beat-finding tasks. She proposes that studying the underlying systems for musical timing could give neurologists insight into the patterns of neural activity that are disordered in ADHD.

Music: Natural Feedback for the Brain

How does your brain even find the beat? Early research on music perception looked for one rhythm center in the brain–like a specialized clock that was constantly ticking away, helping you calculate the pace of a song. But modern brain imaging studies show that “the experience of music relies upon a precisely-timed orchestration of activity across the brain’s sensory, cognitive, motor, and reward systems,” says Slater. [3]

In particular, hearing a tune activates your auditory cortex (involved in hearing), your frontal lobe (connected to thinking and self-control) and multiple motor regions (which regulate movement). Some of these areas are precisely those whose patterns of activity are different in ADHD and other functional disorders.

Whenever brain cells are coordinating over long distances, they are creating feedback loops. The music stimulates sensory neurons (brain cells), which recruit other neurons to join in on waves of activity. An electroencephalogram (EEG) allows researchers to study the frequency of this electrical signal from outside the skull. For example, beta waves are regular bursts that occur 13-30 times per second, while gamma waves are faster, occurring 30-100 times per second.

Working together to create brainwaves is part of the normal functioning of the brain—but music creates specific patterns of oscillation. Further, the waves continue even after you stop hearing the music, like ripples in a pond that go on after you stop splashing. Interesting research is still to be done on how and why your brain coordinates these beat-tracking activities.

The Rhythm of ADHD

But what does this have to do with ADHD? Most people know that children and adults with ADHD may behave impulsively or have trouble focusing, but few people would consider problems with music processing a related symptom. Because ADHD is a highly heterogeneous disorder, it affects the functioning of many brain systems, and every person’s ADHD looks a little different.

An increasing body of evidence suggests that people with ADHD are more likely to have trouble identifying, tracking, and moving to a musical beat. [2] Problems with timing, also common in Parkinson’s disease, may be caused by genetic differences in the dopaminergic system. This system regulates dopamine, a chemical that the brain uses to direct attention toward something novel, make a prediction, and adjust the prediction when it is incorrect. Although often called a “reward chemical,” its function is more as a “learning chemical” that your brain uses to teach itself.

Can we train our brains to better appreciate the beat? Research on accomplished musicians suggests that experience may indeed help improve rhythm processing—as well as attention, inhibitory control, and working memory. [3] Over time, music training can even alter the patterns of oscillatory activity in the brain, hinting perhaps at a causal connection between neurofeedback, brainwave activity, and ADHD.

In neurofeedback training (NF), an EEG monitors patterns of brain electrical activity, looking for oscillations that are slightly different in the ADHD brain than in the neurotypical brain. Traditional neurofeedback software visualizes these brainwaves on a screen or game, and the subject works to fit their brainwaves to more typical patterns. In direct neurofeedback, low-intensity stimulation is applied directly in response to the brain’s existing electrical activity, seeking to disrupt atypical patterns.

Neurofeedback is a promising non-pharmacological treatment for ADHD symptoms, and research has shown that it effectively alters oscillation patterns in brain areas of interest. [1] Just as in music listening, your brain reacts dynamically to the stimulus, rewiring itself using the dopaminergic system to lay down new patterns. In particular, both neurofeedback and music listening strengthen inhibitory brain systems, which support self-control and quiet distracting or impulsive brain activity. It will be interested to see if further research into the therapeutic benefits of music will elucidate the precise mechanisms by which neurofeedback helps with ADHD!

Do you find that music soothes your troubled brain—or does moving to a beat just accentuate your anxiety? Tell us in the comments below! 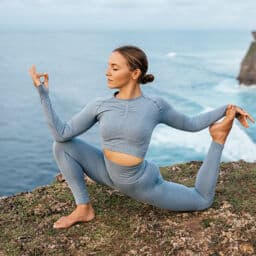 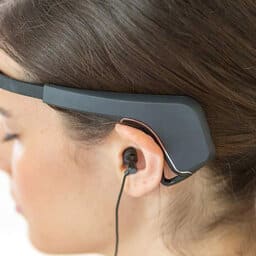 Anxiety Therapy During a Pandemic
14 Apr 2020 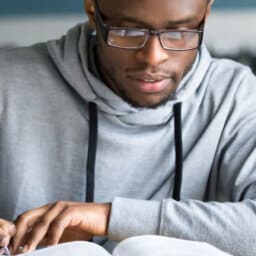 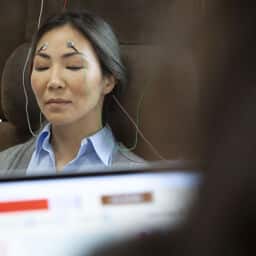 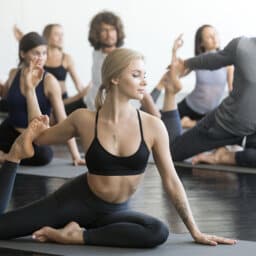 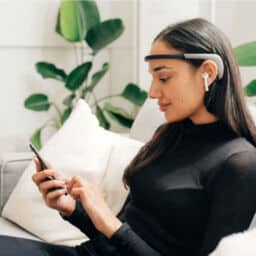 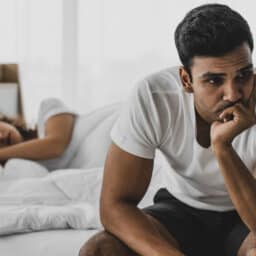 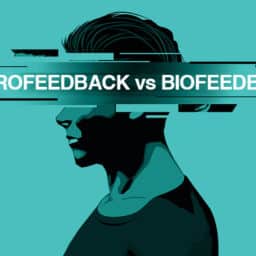 Neurofeedback vs Biofeedback. What is the Difference?
31 Mar 2022